VIRTUAL SPORTS ARE HEADING INTO THE US

THE FIRST WAVE OF VIRTUAL SPORTS IN THE US

Pala Interactive launched free-to-play virtual sports contests on their social casino platform in February 2017,  and plans to roll out a real-money version in New Jersey in the not too distant future.

Virtual sports is an interesting product, as it’s an amalgamation of sports betting, esports and slot machines.

As Leap Gaming CEO Yariv Lissauer said in an interview with Legal Sports Report, virtual sports is compelling to bothplayers and potential operators “because it’s so realistic and entertaining, as well as being seen as a premium product with a fresh flow of content around the clock.”

The fresh flow of content allows non-stop action. Virtual sports contests can take place in minutes (the operator can configure actual time), with scheduled version virtual events run every few minutes or so. “All of our operators have a dashboard through which they can configure the frequency of events, the type of titles they want to present, the margins, and other parameters of the game,” Lissauer said.

The best way to envision virtual sports is to picture yourself watching a demo (played by the computer) of a video game, such as Madden 17. Then imagine a virtual sports operator able to set a line on the matchup — like a sportsbook would. Customers then place bets on the outcome of these virtual contests.

So, unlike esports, where human players face one another, a computer algorithm determines virtual sports results. That is where the slot machine element comes into play. Outcomes are randomly determined based on a set of predetermined rules created by the developer.

And it’s this random number generator that works in virtual sports’ favor.

And is virtual sports legal?

Virtual sports benefits from its use of a random number generator. That allows regulators to treat these contests as if they were a slot machine-type game.Real events or real world players aren’t the basis for virtual sports games. As such, they don’t run afoul of the United States’ strict sports betting laws. Most notably the Professional and Amateur Sports Protection Act of 1992 (PASPA) doesn’t apply.“Virtual sports games are not based on any real-world teams or players,” New Jersey Division of Gaming Enforcement spokesperson Kerry Langan told GamblingCompliance earlier this year. “They are computer simulations based on computer-generated teams and players.”Langan also noted that a random number generator determines outcomes. Thus, the DGE can apply current slot machine regulations to virtual sports; new regulations aren’t required.None of the casinos involved in virtual sports in New Jersey have run into any regulatory problems.Even though virtual sports don’t use specific team names or athletes, real world athletes and historical data and statistics are used. There’s no Tom Brady or Matt Ryan, but anonymous quarterbacks with their skill sets exist within the platform. Virtual sports providers constantly update their games with statistics and historical data about each athlete or even horse/jockey combination.

Is there a virtual sports market in the US?

If there’s a proven product, and no regulatory concerns, what’s been holding virtual sports back? According to Lissauer, “the regulatory framework in the US is more rigorous, the whole environment is very demanding.”But he also sees a new trend emerging, virtual sports on the casino side, where it can provide exclusive, premium content.“This trend is only at its early days and Leap is taking the lead on this trend,” according to Lissauer. Leap is capitalizing on its full turn-key solution (server side and client side) for virtual sports, and some exclusive features. One such feature is the “Instant” version, which allows individual users to generate events on-demand.

US vs. European markets

Another potential reason why virtual sports has been slow to make its way to the US market: logistics.“The UK was the inception point because of horse racing and the betting shops,” Lissauer said. Racing used to be the “bread and butter” of virtual sports, and you just don’t have these venues in the US.”“Virtual sports in the European market has done particularly well as a ‘filler’ for live real events in sports and race betting brick and mortar venues,” according to Ed Andrewes, the CEO of EA Gaming Consultancy, which manages Resorts’ digital business. “As there are only a limited number of these in New Jersey, I suspect the content providers have felt there were easier pickings in other regulatory jurisdictions.”Pala Interactive CEO Jim Ryan noted that the same market constraints also exist in the US online arena.“I believe this [virtual sports late arrival in the US] has more to do with suppliers of virtual sports content and the associated size of the US market,” Ryan said. “With New Jersey and Delaware being the only markets available for this type of content in the online world, suppliers have not been focused on the U.S.”Ryan’s company was the first US-based online operator to offer virtual sports (through the Pala social casino). Despite the late arrival, he also sees momentum for virtual sports building.“We expect to see virtual sports content make its way into the social gaming, real money gaming and bricks and mortar markets in the U.S.,” Ryan said in an interview.

The potential in America

As far as virtual sports potential in the US market, Andrewes feels, “Once the customers have latched on to the concept, I think they will do really in the US, not only online but also on property where they have the potential to create areas with a real buzz of excitement.”Pala Interactive Chief Social Officer Brett Calapp is extremely bullish about virtual sports.“Consumers are always hungry for something new, Calapp told LSR. “This is a different form of casino entertainment that we are really excited about.”Calapp also explained the potential fan experience and why virtual sports could draw sports fans in.“As a sports fan, part of the excitement is the journey of the game. How each game unfolds differently from start to finish. As a fan you get to experience the dramatic highs and lows of the game that come from behind victory, or last second move that drives an exhilarated experienced with each event.”With virtual sports, Calapp believes, “Players can really feel the fast paced action of live sporting events but in the digital world.”Read More

EVERY MATRIX PARTNERS UP WITH LEAP GAMING
October 19, 2020 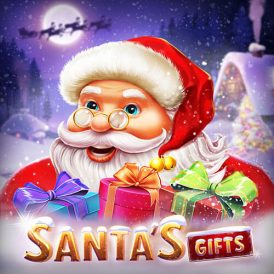 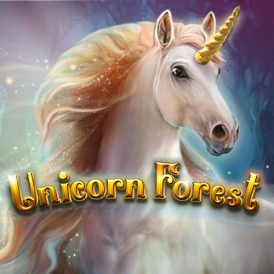 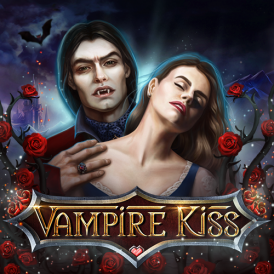